A highly celebrated American artist., Audrey’s paintings, drawings, and sculpture explore feminist themes and reflect her interest in religion and mythology, including her Jewish heritage. Audrey’s works reside in several prestigious museums including The Museum of Modern Art, the Metropolitan Museum of Art, The Whitney Museum of American Art and the Solomon R. Guggenheim Museum. Audrey Flack has numerous prestigious degrees including both a graduate and an honorary doctorate degree from Cooper Union in New York City. In 2015, Flack received an honorary Doctor of Fine Arts degree from Clark University. Audrey Flack’s Photorealist paintings were the first Photorealist paintings to be purchased for the Museum of Modern Art’s permanent collection, and her legacy for photorealism lives on to influence many American and International artists today. She lives and works in New York City and East Hampton. 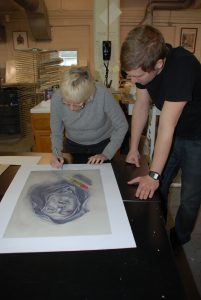 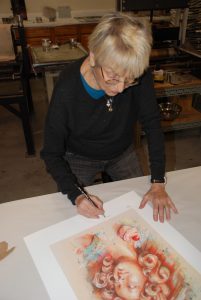